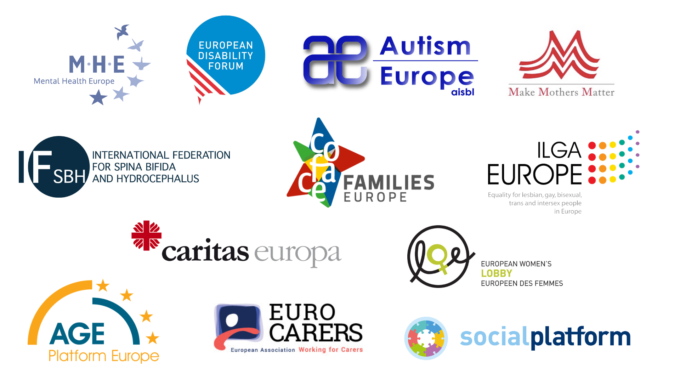 The Work-Life Balance Directive is being adopted by EU institutions. This Wednesday 15th March at the EPSCO Council, Ministers responsible for employment, social affairs, health and consumer policy from all EU member states will endorse the proposal before it is submitted for approval to the European Parliament for plenary vote probably in April. Today, a coalition of civil society organisations including Eurocarers, publishes an open letter to the EPSCO Council ahead of its meeting.

After 5 months of Trilogues on the EU Work-Life Balance (WLB) Directive, which were monitored closely by European civil society networks and organisations, the co-legislators reached an agreement on 24th January 2019.

As first legislative proposal to follow the proclamation of the European Pillar of Social Rights in November 2017, which aims to develop a robust social dimension of the EU, the Work-Life Balance Directive offers clear improvements for families and carers, and strengthens existing employment rights.

The Directive on Work-Life Balance is an important stepping stone in the consolidation of existing rights and the establishment of new ones, and it must now be swiftly approved and followed up with enforcement and monitoring.

Some of the EU minimum standards included in the Directive are particularly helpful, such as paternity leave (minimum ten days paid at sick leave level), minimum four months parental leave with two non-transferable and adequately paid months, minimum five days of carers’ leave per year, as well as the right to request flexible work arrangements (telework, flexible schedules and the reduction of working time) with the potential to change workplace culture.

This piece of legislation provides a mix of employment rights and measures to fight family and child poverty, helping working parents and working carers to keep their jobs. Furthermore, it enables more shared parenting, increased take-up of family leaves by men, encouraging greater gender equality both in the family and in the labour market, and will positively impact the well-being of all workers.

This Directive will bring positive changes to the lives of many Europeans.

Once the co-legislators have formally adopted the Directive we, a coalition of European networks of NGOs, urge the Employment, Social Policy, Health and Consumer Affairs Council to move towards swift transposition in order to deliver a strong message and demonstrate to all families that the EU works with and for them.

It is now time for national governments to take up their political responsibility and ensure that citizens recover trust in the European project and its social dimension, especially in view of the upcoming European Parliament elections in May. Working parents, working carers and their family members with care and/or support needs have no time to lose. We expect these European minimum standards to drive upward national reforms throughout the transposition phase, which our European civil society coalition will continue to monitor closely.

Best wishes from all of us.