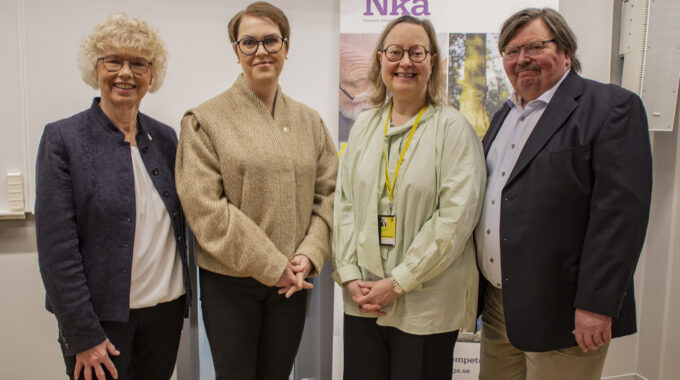 The Swedish government recently launched the first national carers strategy. The strategy aims to strengthen the carer’s perspective, in particular within the healthcare sector and to make carer support more equal across the country.

– We have wanted a national carers strategy for several years now. We welcome the government’s decision, and we believe that this will mean a lot with regards to the work of developing support for carers across Sweden. We really hope that this will shed more light on carers and their situation, and lead to better support for them, says Elizabeth Hanson, Scientific Leader of The Swedish Family Care Competence Centre (Nationellt kompetenscentrum anhöriga, Nka). 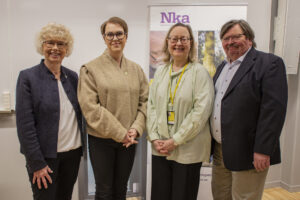 The strategy aims to strengthen the carer’s perspective, particularly in healthcare where development work has traditionally been slower to take off, for various reasons, but mainly due to the primary focus on the patient with health care needs and the subsequent lack of specific jurisdiction within the existing health care act (with the notable exception of health prevention and health promotion activities for all citizens). This is in contrast to the existing social services act where municipalities have a much clearer obligation to reach out to carers and offer support.  As a result, the strategy stipulates that healthcare should be better at identifying and including carers in their work, and more efforts and resources should be directed toward carers.  The strategy also recognizes the importance of good quality health and social care services for the care recipient which in turn benefits the carer. Further, the strategy highlights carers’ needs and preferences for support to be able to handle their situation. The premise of the strategy is that carers’ efforts and participation should always be based on their free will.

To highlight the new strategy, Nka organized a live broadcast on Monday 25 April. At the broadcast, the Minister for Health and Social Affairs, Lena Hallengren, presented the strategy.

– The main aim of the strategy is to put the focus on carers and to create an holistic perspective where healthcare sees both the person who is receiving care and the informal carer, she said.

The government has now commissioned the National Board of Health and Welfare Sweden, in close collaboration with Nka, Carers Sweden and other organisations, to develop guidelines and models that will support regions, municipalities, and individual actors in the work of strengthening the carer perspective and to implement ways of following up the support and developing suitable indicators to compare the quality of carer support across the country. The government has also decided to increase the funding to organizations that support informal carers or work with carer-related issues.

– The strategy is a tool for achieving improvements, but there is no doubt that organizations and carers themselves are important in making change across the country, said Lena Hallengren during Nka:s live broadcast.

Politicians, carer advocates/advisors and Carers Sweden participated in the live broadcast, together with Nka. The participants were all positive about Sweden’s new national carers strategy and pointed out that it will have great importance for their future work.

– This means a lot for the work with developing and following up the support for carers and it puts the focus for the first time on the role of health care practitioners who are often the first point of contact for many carers. It gives us distinct goals to work towards, says Elizabeth Hanson.

The live broadcast was recorded and can be seen on Nka’s website (in Swedish): https://anhoriga.se/nka-play/livesandning-nationella-anhorigstrategin/

The full national carers strategy can be downloaded here (in Swedish): https://www.regeringen.se/498267/contentassets/29579d4400834b759d3c78faf438dece/nationell-anhorigstrategi-inom-halso–och-sjukvard-och-omsorg.pdf