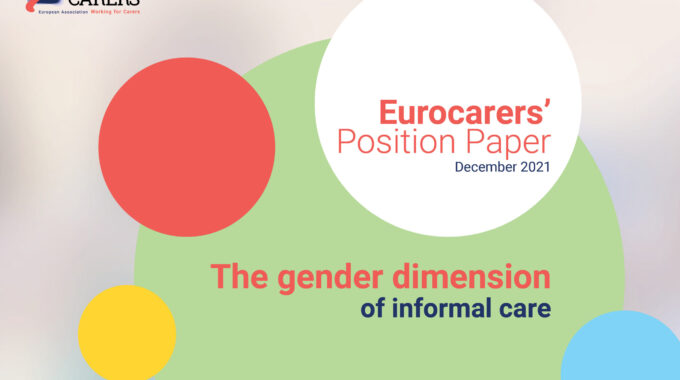 In December 2021, we published a position paper on the gender dimension of informal care, you might have missed it.

Across the EU, 80% of care is provided by informal carers. A majority of them are women as informal carers are typically spouses, middleaged daughters or daughters-in-law, aged 45 to 75. A redistribution of care responsibilities between men and women, as well as between the family and the State has become more critical and urgent than ever before.