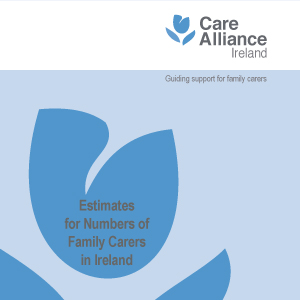 Since 2002, thanks to extensive lobbying and representation by the family carers movement, there has been a formal state-endorsed approach to quantifying the number of individuals in the Republic of Ireland who are providing unpaid care to a relative or friend. Initially, the Census of Population provided this data every five years. More recently a number of other large-scale surveys have been undertaken in an attempt to capture the prevalence of family caring in Ireland. This document seeks to summarise this new data and draws on the population data published by the Central Statistics Office in August 2019.

Estimates for Numbers of Family Carers in Ireland