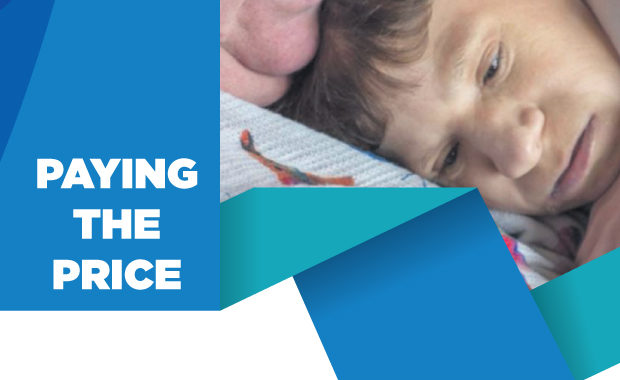 Despite the despite the centrality of care to our everyday lives and the enormity of family carers’ unpaid contribution, two reports recently published by Family Carers Ireland show that carers are paying the price for inadequacies in public systems of support in Ireland. The research, based on a convenience sample of 1,102 family carers, was a collaboration between Family Carers Ireland, the College of Psychiatrists of Ireland and University College Dublin. Despite the commitments laid out in Ireland’s National Carers’ Strategy to protect carers’ health and wellbeing and empower them to participate fully in economic and social life, the findings show that many carers are struggling, many are vulnerable, many are feeling mentally and physically drained yet receiving no extra help.

The research also shines a light on a relatively hidden aspect of caring—that of carers experiencing physically aggressive and emotionally abusive behaviour from the person they care for. When we asked carers about the tasks they do on a regular basis as part of their caring role, almost half (44%) said they experienced either physical or emotional harm as part of their caring role, 35% said they regularly dealt with verbal and emotional abuse while 32% said they regularly dealt with physical aggression and violence. Unsurprisingly, carers regularly dealing with this type of behaviour as part of the caring role were more likely to experience high levels of burden and be more prone to mental and physical illness. All of this suggests that further consideration must be given to the consequences on a person’s health when experiencing abuse while caring and the types of supports they might need.

Carers in the sample reported that services for themselves and those they care for are often inaccessible, unavailable, chronically underfunded and under-resourced and often of such poor quality as to be of little benefit. Respite was a major issue for respondents—83% of care recipients did not have access to appropriate respite—and the findings also illustrate Ireland’s ongoing home care crisis, with many carers reporting that they receive little support in the home. Many carers reported feeling frustrated at being left to fill the significant gaps in the system without any supports for themselves. This points to a public system under terrible strain.

Many of these results are quite shocking in and of themselves. However, when we look at how things compare to ten years ago, when we conducted a similar study of family carers, the findings are particularly stark. Carers in the 2019 survey reported lower overall wellbeing, more anxiety, more depression, more worries and less support than those carers who responded to the 2009 health and wellbeing survey. For example, there has been a 70% increase in the number of surveyed carers diagnosed with depression in the last decade. Overall, these findings suggest that rather than the situation of family carers improving in that time, things have actually gotten significantly worse. Despite Ireland’s meteoric recovery, the scars of the economic crisis remain etched in the reality of carers’ lives.

With these findings in mind, Family Carers Ireland has made a number of evidence-based recommendations designed to support and safeguard carers. Central to all of these recommendations is the idea of sharing the care between the State and families and ensuring that carers who provide the bulk of care in the community are safeguarded and properly supported. The findings again underline the need for the Irish Government to urgently come forward with significant and effective proposals to ensure carers—and the family members and friends that they care for—get the support and services they need. Investment in dependable, consistent, good quality services not only promotes the independence of older, disabled and chronically ill people, it can make a real difference to carers’ lives and save a great deal of pain and cost.