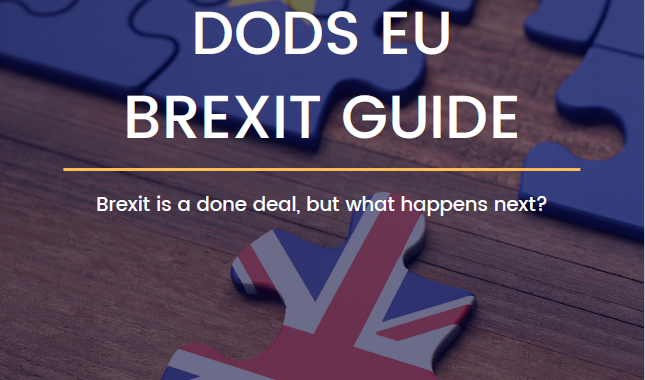 The United Kingdom has finally left the European Union on January 31.  This is however only the first step of the Brexit process as the transition phase now begins and it is time to talk about the future.  This purgatorial period will last until December 31 2020 and the UK Prime Minister has ruled out any extension meaning that there are now 10 months to negotiate and ratify a new agreement. The issues to be dealt with under any future agreement were detailed in the Political Declaration setting out the framework for the future relationship. This list is extensive covering practically all policy areas ranging from trade, to security to financial services. Whilst the Commission is an experienced negotiator, these talks represent a somewhat novel challenge in that they concern the unravelling of existing cooperation as opposed to the creation of new forms of cooperation.

This briefing paper, put together by our partner Dods, looks at the position of the European Union in relation to the upcoming talks on the future relationship, introduces the major actors, and provides some key dates.