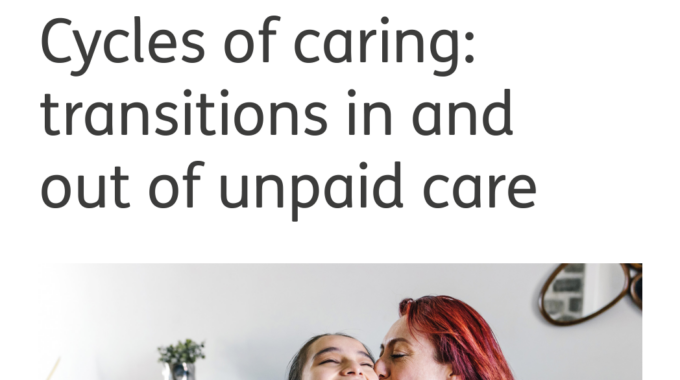 To mark Carers Rights Day 2022, our colleagues from Carers UK are launching a new research report Cycles of caring: transitions in and out of unpaid care, in collaboration with the Centre for Care at the University of Sheffield.

Carers UK hold Carers Rights Day each year to raise awareness of the needs of carers and ensure that carers are aware of their rights and know where to get help and support.

The report makes a number of recommendations, including calling on UK Government to launch a funded National Carers Strategy for England, introduce awareness raising campaigns and adopt a strategic approach to identifying carers, so that everyone providing unpaid care has early access to information and support. The findings also highlight the importance of good workplace support for unpaid carers.