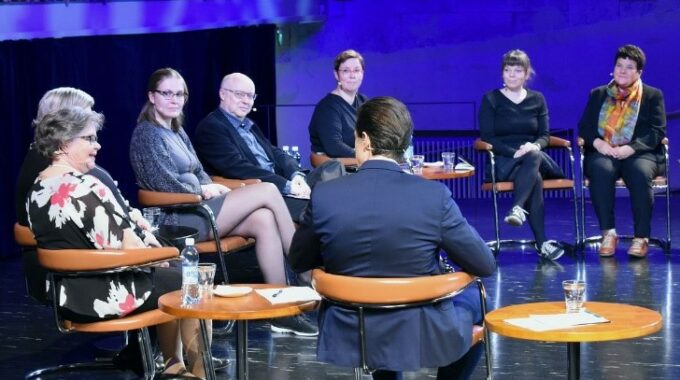 Over 300 people, carers, care recipients, volunteers, professionals, researchers and policymakers, attended the online Parliament. In a panel discussion hosted by a TV newscaster, carers in varying care situations told about their experiences and aspirations as care providers.

One of the panelists, young adult carer Saara described her school years when she, along with her mother, cared for her severly ill father. 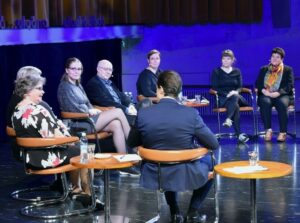 ”On most school days, I was the last to leave home for school and the first to return.  I could never go straight in, but had to sit in a swing in the yard for half an hour to gather the strength and courage to go in. One could never know how things were with dad, or if he was even alive.”

Among the day´s festivities was the launch of a declaration of carers´ aspirations based on Eurocarers strategy for a carer-friendly society on the stairs of the Finnish Parliament. The declaration was then handed over to attending MPs. 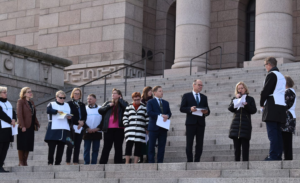 One of the MPs replying to the declaration, stressed the need to identify and support young carers, a group that is still largely invisible in Finland.

The media took a keen interest in carers’ issue on European Carers Day. Several topics raised by Carers Finland, like the impact of Covid19 on carers, working age carers and the implementation of EU Work-life Balance Directive, received media attention. Leading Finnish newspaper, Helsingin Sanomat, took up working carers’ needs in its editorial as did also one of the TV channels. 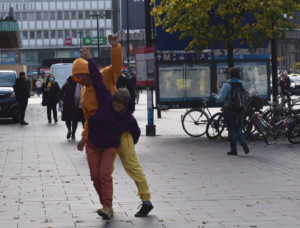 The celebrations of October 6th were concluded with a dance performance Joint steps that moved around the city engaging spectators in discussions about caring, and ended on the stairs of the Parliament. The performance conveyd the message that everyone gives and gets help and support from others at some point of the life course. 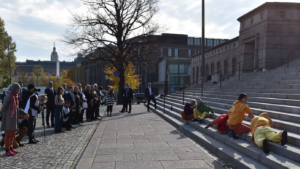