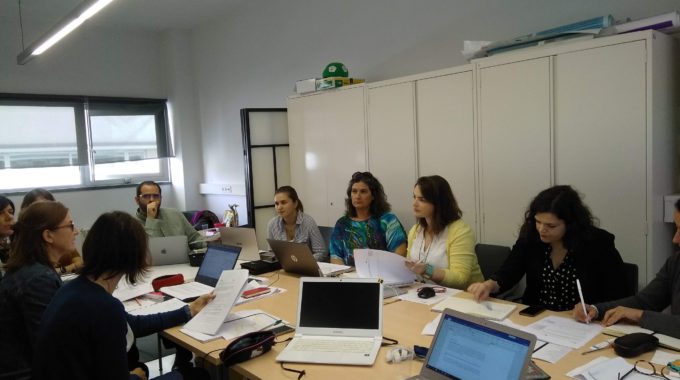 This two days partners’ meeting was hosted by CASO+ in Porto University.  Partners did a detailed review of the ongoing work packages, which are progressing according to the plans.  In particular, the partners discussed the Mutual Aid Group model developed by Anziani e Non Solo, which was strongly supported by other partners. A session was devoted to the preparation of the Training for the Trainers to be organised in February 2019. The partners also had a first discussion on the Competence Profile of the facilitators to be defined by Eurocarers, during which they agreed on the main criteria for selecting key competences. Aproximar presented suggestions for the development of the Blended Training for the trainers, which were adopted. Importantly, the project coordinator made a presentation about the need to comply to GDPR guidelines on data treatment and protection.  At the end of the first day, a session was opened to national stakeholders willing to learn and discuss about the project. This was the occasion for students and researchers from the University of Porto to engage in a dialogue with project partners concerning Care4Dem as well as other projects aimed at supporting informal carers.