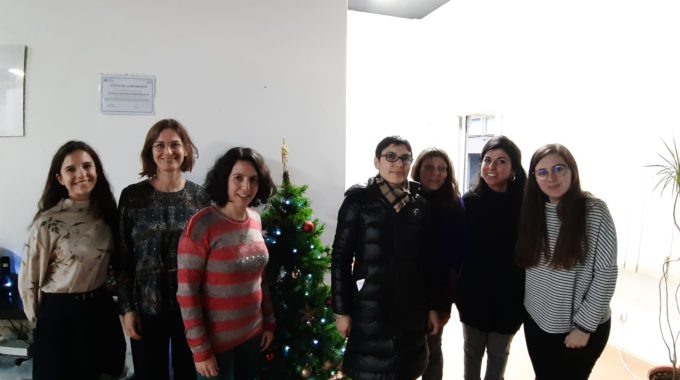 On 12 December, Care4Dem’s partners held their fifth project meeting, in Amadora, near Lisbon. This meeting provided the opportunity to know better about the host organisation, Aproximar, a social cooperative providing a wide range of training opportunities in their community.
The model has been finalised and translated in all the languages of the project. The Care4Dem partners reviewed the state of play concerning the piloting of the intervention, which has started in the autumn with the Care4Dem training being provided to volunteer facilitators. Groups of informal carers of people with dementia have been formed in the piloting countries, where the Care4Dem model of online Mutual Aid Group is currently being tested. The outcomes are globally very encouraging, despite partners’ difficulties to recruit informal carers. In the coming months, the model of intervention will be evaluated and fine-tuned, before being published.

One for the diary: a final conference will be hosted by Eurocarers in Brussels on 25 June 2020. It  will be the opportunity to present the outcomes to a wider public and discuss the learnings of the project.