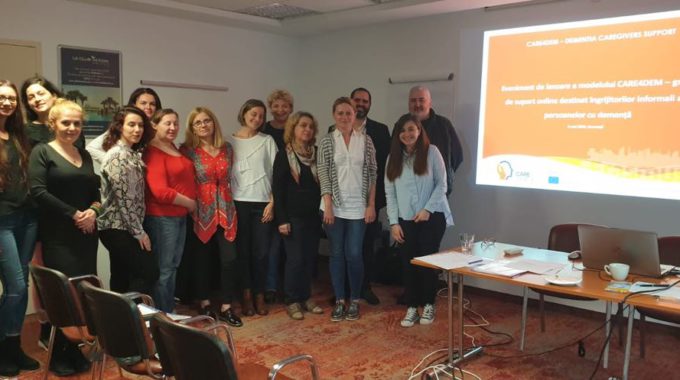 The European Association for Social Innovation held the CARE4DEM’s multiplier event on the 6th of June 2019, in Bucharest, Romania.

The event started with a presentation of the needs of informal carers of people with dementia, which have been at the basis of the development of the CARE4DEM’s online Mutual Aid Group model.  The main conclusions and recommendations of the report Web-based mutual aid groups of informal carers: an evidence review (IO1) were also presented.

During the event, the project’s stakeholders had the chance to learn more about the CARE4DEM Mutual Aid Group’s structure, focusing on its objectives, how it works and how to implement it.

The meeting concluded with a workshop “How to get involved” during which participants could express their willingness to contribute to the implementation of the future project’s outputs.